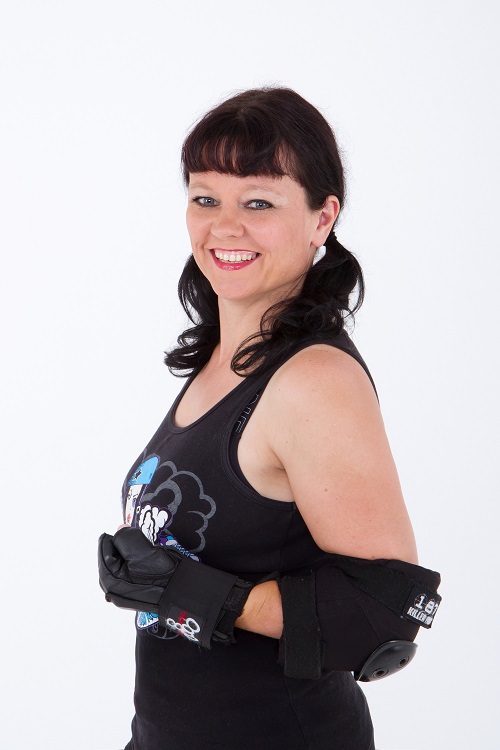 It comes as no surprise that many years after becoming the first fully qualified female Panel Beater in New Zealand, Rotorua’s Angela Vanner chose the tough sport of roller derby as her passion.

Angela has participated in various sporting activities in her 45 years including netball, soccer, softball and Tai Kwon Do, and when she discovered her home town’s local league the thrill seeker was hooked. So hooked in fact, that three months before the Sulphur City Steam Rollers were due to begin their third new recruit intake in 2013, Angela had purchased skates and safety gear in preparation. To this day, Angela is thrilled with her decision as, among other things, she has gained confidence from roller derby.

Roller derby was immediately attractive to Angela due to its physical nature and sheer intensity. But it was also the sense of camaraderie and team spirit she felt when meeting the league members. While having not skated for over 15 years, Angela’s interest, dedication and determination saw her through the league’s ‘Freshmeat’ (beginner’s) course. 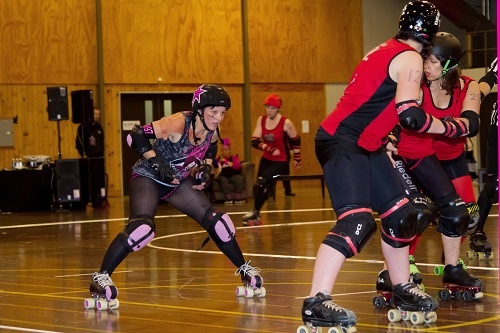 “I’d only ever had one speed when I used to skate, and that was 0-100 in the shortest amount of time with no idea of how to stop! Having to learn all the different stops during my Freshmeat course was difficult, but the coaches and I persevered and eventually I could stop without the help of a wall!”

During the Sulphur City Steam Rollers’ 16 week course for beginners (now called Groupies), skaters learn the basics including how to stop, fall safely and skate with confidence. They are then tested for competency and progress through to the next stage: learning how to play the game! 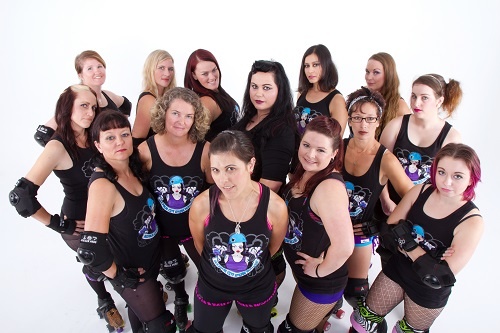 In the game of roller derby there are five players on each side made up of one jammer and four blockers. The blockers start on the track together, forming a ‘pack’ and play both offense and defense. The jammer’s role involves pushing or dodging their way through the pack. It is the blockers’ job to try to stop the opposition’s jammer while helping their own jammer. Jammers are the players who score the points for their team. The team with the most points at the end of the game wins.

Angela can’t say enough about her fellow league members, commending the improvements both in the management of the league and skills of the skaters in the three years since having joined. 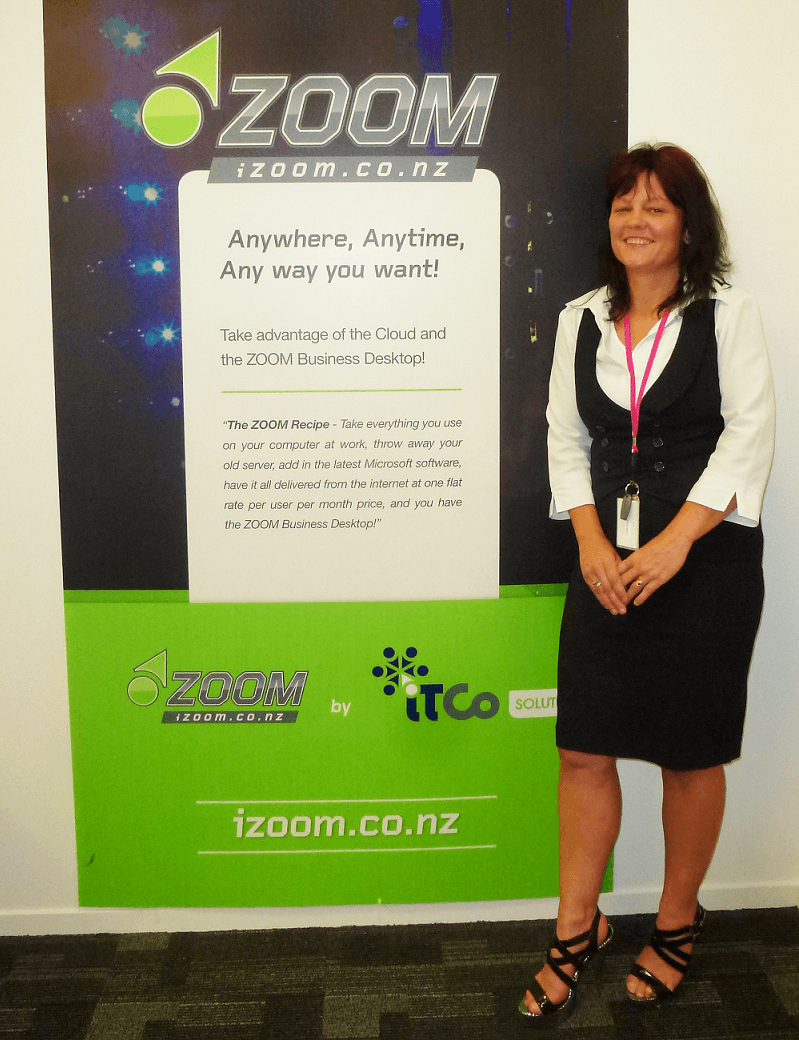 “In all the times that I have been on committees and clubs, this one by far seems to be the most organised. Everyone works so well together, both on and off the track. We all look to each other for guidance and every single one of us is keen to share anything we have learned with our club. Each of us brings something to the table to enhance our league.”

SCSR Coach and Vice Chairperson, Kerry Pearson agrees with Angela’s opinion on the league. “In the past two years in particular, we have really focused on communication and being ‘on the same page’. It’s strengthened our players on the track, and we’ve been increasingly more cohesive as we develop these skills. Angela is one of our best communicators and is never afraid to ask questions so that she can refine her own skills. It is likely that if you hear one voice above all others communicating with her teammates during a game, it’s Panel Beat Her!”

While her day job as an Accounts Administrator for her husband and his business partner’s IT company,
ITCo Solutions is somewhat sedentary, Angela is quite the opposite. 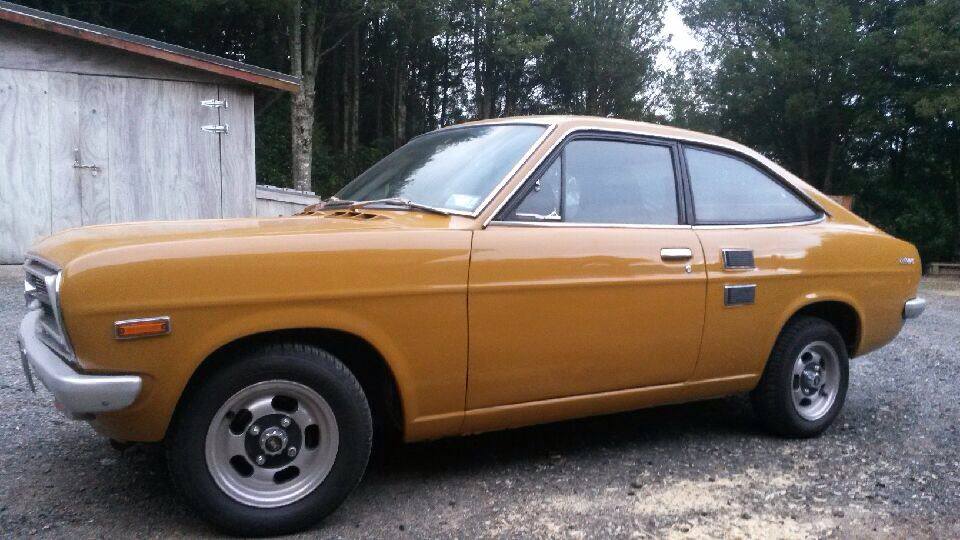 As a mum to two girls, Angela also takes care of her family’s property which includes wrangling chickens and herding sheep! Angela is also a passionate car enthusiast and has restored her pride and joy, a 1972 Datasun 1200 Coupe. If family, home and derby allows, Angela plans to hit the track at the Bruce McLaren Motorsport Park this year. However, with roller derby being a lifestyle in itself, it may be difficult to find the time, but Angela is adamant that derby is worth it. 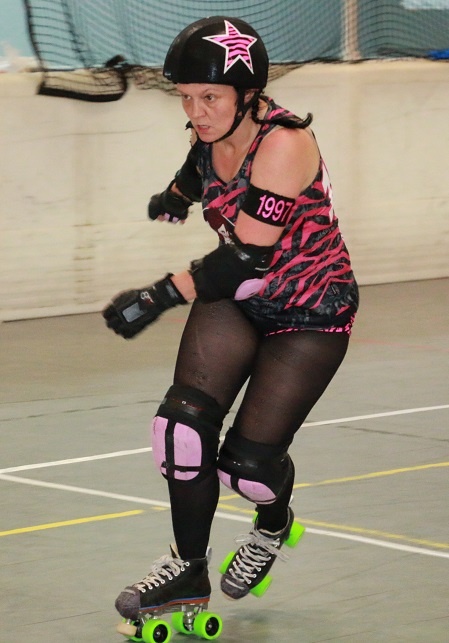 Roller derby players are the first to admit it is a tough sport and isn’t for everyone, but all will agree that it does more than just offer physical challenges, it helps with mental challenges too.
“I suffer from depression, anxiety and Crohns Disease, so there are many times when I doubt my ability. But my teammates are so positive that any negative thoughts go out the window. My self-esteem and confidence are boosted and I have learned to overcome and push myself to the limit and beyond – for me, there’s no such thing as holding back.”

Angela certainly didn’t hold back in SCSR’s recent team trials where she underwent fitness, scrimmage and rules testing which resulted in securing a place on SCSR’s A Team, Motley Crew for her third season.In the role of ‘jammer’, it is Panel Beat Her’s job to score points for her team by passing a pack of skaters, which include players from the opposition who are trying their hardest to hold her back, or hit her out. To become a jammer, not only strength and a high level of fitness is required, but a tremendous amount of will power too. 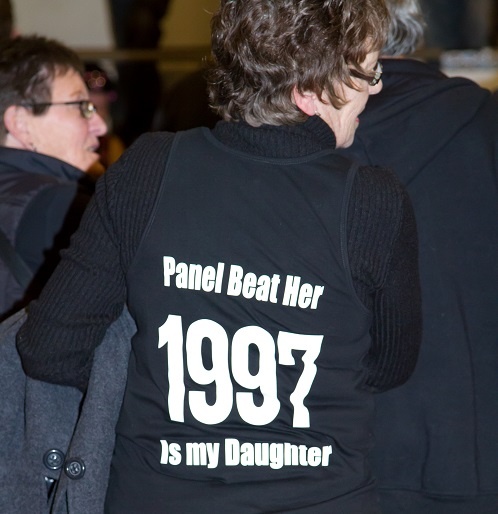 “Panel Beat Her is a skater we can rely on to keep on trucking, even at the end of a very difficult game. She has a ‘no retreat, no surrender’ attitude and a resilience that is envied by her teammates,” says Kerry, whose main position on the track is as a blocker. “That, combined with strength and speed, make Panel Beat Her a tough jammer to block.”

Angela admits that if she were 15 years younger and had more skating experience, she may have tried out for the National team but at this time in her life, is happy to keep skating while retaining her place in Motley Crew and giving 100% in every game. With new memories being created every year, Angela already has some great stories to tell at the infamous ‘roller derby after party’.

“It was the Bay of Plenty Regionals in 2014. I was on to jam near the end of the game and I noticed that the other team had neglected to put their jammer on the track. I was nervous knowing that if they did not field a jammer, it would be a power jam to us meaning I had a potential two minutes to attempt to score points. The whistle blew, and they still didn’t have a jammer on the track so I skated as hard as I could, receiving the biggest hits I’d ever experienced and lasted the full two minutes getting points on the board for our team. My heart is beating really fast just thinking about it!”

Even more memories are due to be made in 2017, as Angela and the rest of the Steam Rollers prepare for their first new recruit intake of the year and first game of the season.

Like the sound of roller derby? Come along to one of the Sulphur City Steam Rollers Info Night and Public Skate Sessions held twice a year.